My 13th M Man was one of the more famous or well known ones out there. A tall cowboy standing in Gainesville, TX one of 4 giants standing in front of Glen Goode’s farm. Glen’s collection is one of the more photographed and talked about ones so I had heard of Glen long before my visit and it was a pleasure to finally meet him. He loves having visitors and as soon as he saw me out there taking picture he hopped in his golf cart and came right over to tell me about his collection. He’s got 2 Big Johns (not M Men but another bread of big men, I’ll do a blog about them sometime in Feb) a cowboy and a Uniroyal Gal. The cowboy is a rare model made by International Fiberglas that has yet to be coined with a name (I call it the “Glen Goode” version) and it often is confused with the Texaco Big Friend which Glen assured me it was not. He told me he had once worked for Texaco and remembers the big friends and that the wind blew a few over and they caused law suits and Texaco ordered them all taken down and destroyed. He alluded to the fact that he had a chance to get his hands on a few but didn’t. Anyhow years later he spotted this body in Garland, TX at a go cart track laying out back with no head or hands. He bought him and hauled him home to start his collection of giants. A standard head and cowboy hat was borrowed from a muffler man in Canton, TX and Glen cast a mould from it. He then talked to Ken Johnson of “Ken’s Mufflers” in Dallas and borrowed the arms from one of his half wits to make moulds for the missing hands. If you look close you will notice that the hands are a dead match for any other standard muffler man as well as the head and face. 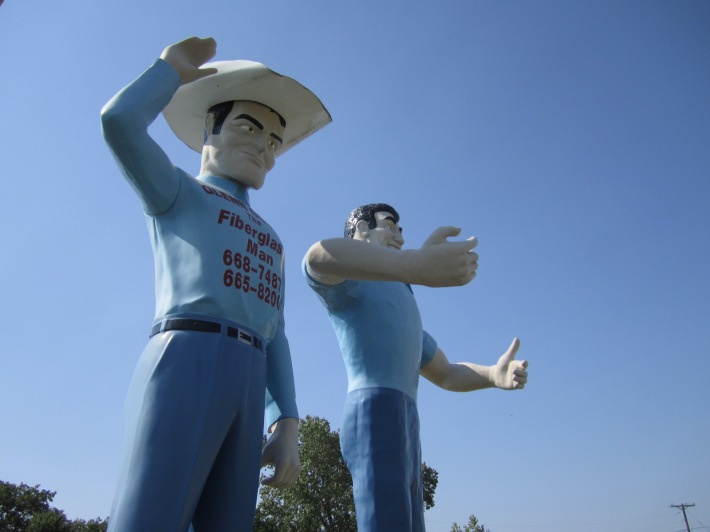 Glen went on to also cast a mould of the body and legs and started making copies so his son could also have a giant at his sandblasting shop in Sherman, TX. In total he cast two copies from his mould, one still stands in Sherman and the other is up in Amarillo. The moulds still stand in his barn and although they aren’t used anymore it is a rare site to see a mould for this version of muffler men.

There are a few originals of this kind of M Man still standing but they are rare. There is one in Oakwood Village, OH that I mentioned in my last blog as well as my #72 sighting (not standing) which is a good example of what the original face and hands looked like. 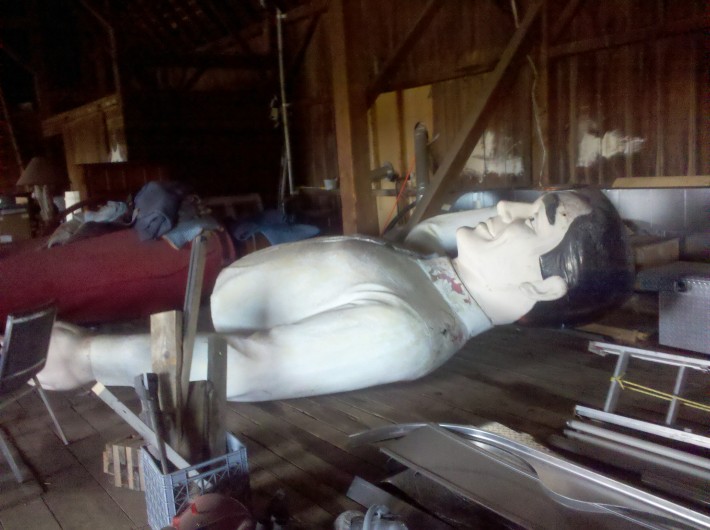 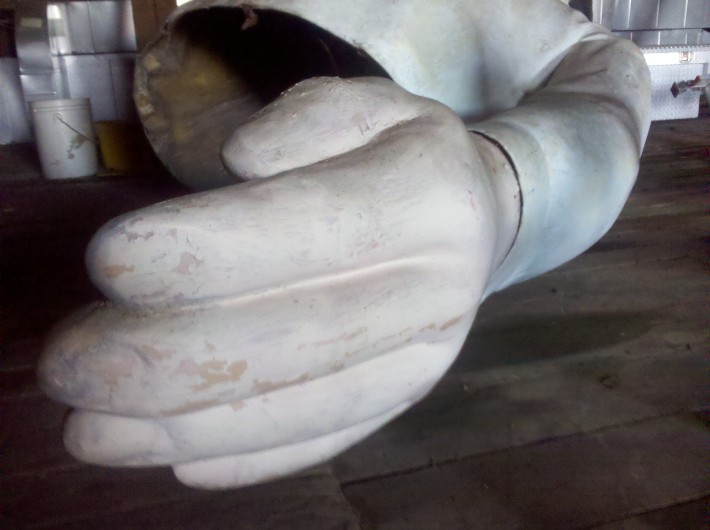 Another exmple of this version but with a suit coat that came as an option for it is in Chicopee, MA. 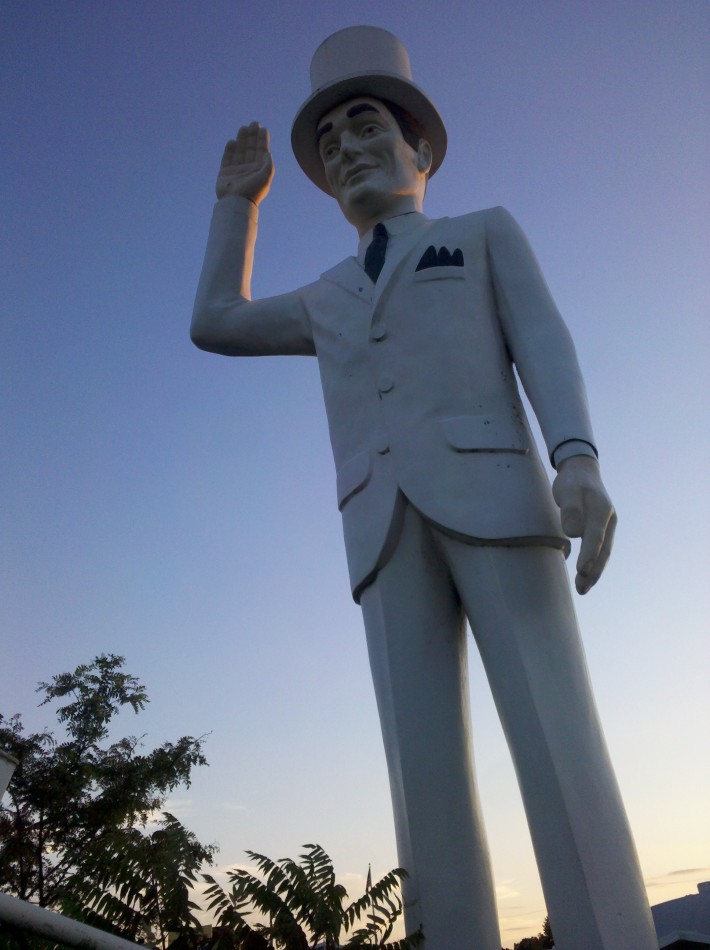 These are great examples of what Glen’s Cowboy once looked like and somewhere out there is a head and hands without a body. So the truth be told, Glen’s cowboy is not really a cowboy at all. Also as a side note and another mystery I want to track down is the muffler man he cast the head and cowboy hat from. It stood in Canton TX but I’ve never seen a picture of it or learned where it went. If you have any ideas or info let me know.