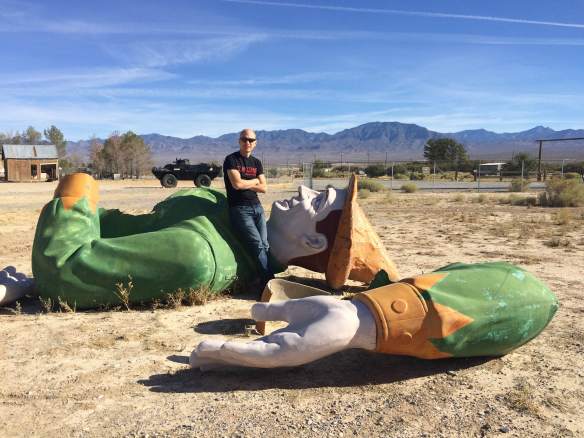 Thanks for visiting American Giants. My Muffler Man interest was born in early 2011, and what started out as a bit of fun grew into a real passion for tracking down and finding muffler men and sharing their stories. American Giants was launched in January of 2013, first the website and then in June the first episode came out on youtube.  In 2015 American Giants started doing restorations and in 2016 we opened a shop and now restore Muffler Men and other fiberglass giants. Future aspirations include an online store and podcasts. The most active part of American Giants is our Instagram feed, be sure to follow us for almost daily updates. 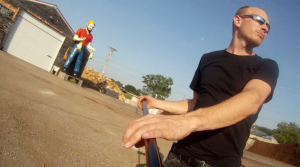 Joel Baker is the founder of American Giants. In addition to his full time job, he keeps the website running  and does all the research for future articles and episodes. He also produces and edits each episode . He has been working with muffler men since January of 2011 and currently has visited 150 of the giants. Joel also owns and manages American Giants Restoration 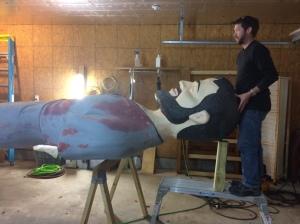 Michael Younkin is in charge of our restoration shop and keeps the restorations top notch and moving along.  His skills in restoration and fiberglass have been invaluable and are featured in many of our restoration updates. Not only does Michael do all our fiberglass repair work but he also helps build the internal structures that support these giants. Michael also travels with Joel to pick up Muffler Men for restoration. 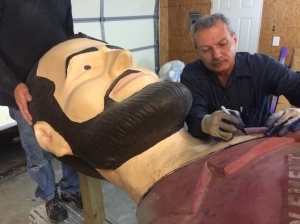 Will Worf is our welder and painter. He welds all the internal support structures we make and also does all the priming and base coat painting for us. He also is a big help in the early stages of restoration with the hours of sanding that are needed get back down to the gel coat. Will wears many hats and is a huge help in the shop. 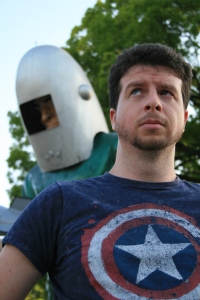 Ademar Neto has worked with Joel since 2006, and also works now with American Giants. He helps plan the trips and also has done some field work on his own during his business travels. He is often a camera man and is seen during many of the episodes. He is a driver when the crew goes on road trips and also handles lighting, set design and most of the graphics for the show. Neto has also designed American Giants post cards as well as many of the graphics we use. He also travels with Joel to pick up Muffler Men and Texaco Big Friends for restoration and helps as a driver for the long trips. 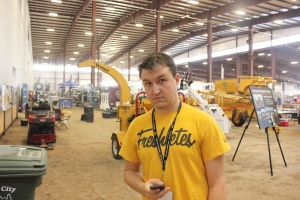 Bo Carnaghi adds allot of the flavor to each episode of American Giants and his casual and sometimes indifferent attitude towards muffler men add a nice contrast to Joel’s intense interest and curiosity in them. Bo has worked in television for two years and helps the crew with still photography and running camera but spends most of the time in front of the camera. Bo is also a regular on the youtube episodes and podcasts.

Along with Neto, Nicole Warren is one of our graphic designers and she came up and built the main logo for the American Giants series. She doesn’t get out to see muffler men very often but her work has helped the show and website come along ways since it first came out. She also is an artist and photographer and more of work appears on her website.

[NOTE:   ALL PHOTOS ON THIS SITE ARE COPYRIGHTED USAGIANTS.com or by those who have let me post them on my site — Pictures are not to be used without written permission for any purpose including blogs, and Pinterest. If you are interested in sharing a picture simply link to my site or write and ask permission.  Thanks.]