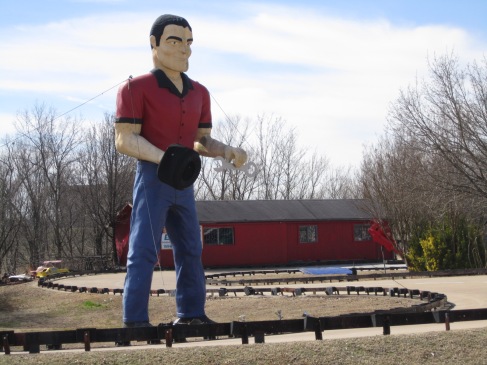 My third Muffler Man sighting was at Sir Goony’s in Chattanooga, TN.  Sir Goony’s started out as a Goony Golf course in 1960.  This was the first in the Goony Golf chain which expanded over the years to about 36 courses nationwide. 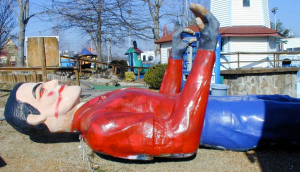 The Chattanooga location added game rooms, paintball, batting cages and go karts.  I actually used to come here back in 2000 when I was in college. I don’t remember the Muffler Man.  That was probably because he was lying on his back next to the light house behind the bumper boat area. Debra Jane Seltzer with Roadside Architecture took this picture of him around that time.    By 2007, he was standing up in the middle of the go kart track.  He had been repainted in standard Service Man colors.  This statue holds a tire and a wrench.