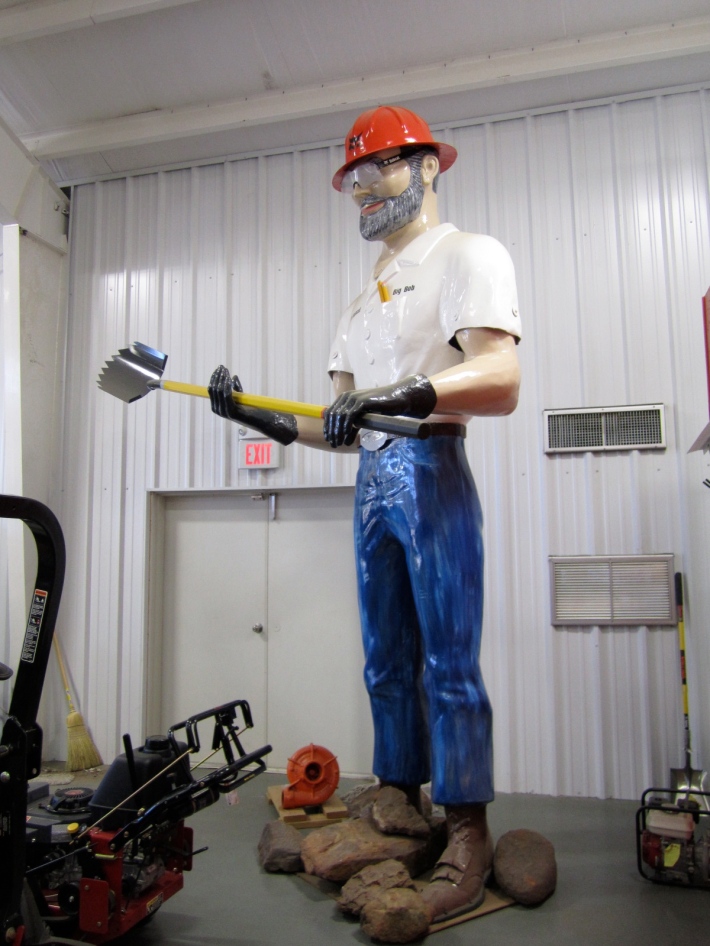 This one was a long time in coming but finally figured out where he was and sighting #33 became a reality. I came across a picture on flicker one day during my weekly internet muffler man hunt that I didn’t recognize. 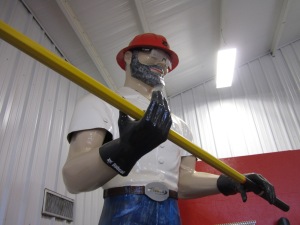 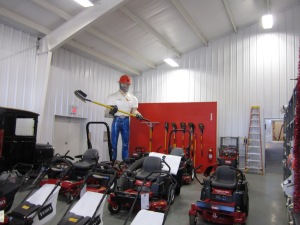 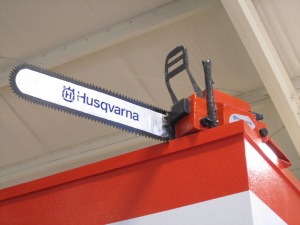 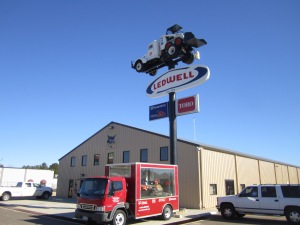 He was called the “Ledwell Giant” and was said to have once lived on top of a tall platform at a truck stop off the bypass in Texarkana. It seems he had disappeared around 2004 and a few people in the comment section where interested in what had happen to him, as was I. Some time went by before I saw another picture of him, this time indoors and with a complete makeover. I soon discovered he was at the same location but indoors and a few months later stopped in to check him out.

The Ledwell Machinery company has been around since 1946 selling all kinds of yard and construction equipment ranging from toro lawn mowers to chain saws and font end loaders. I’m not exactly sure if they owned this place when it was a truck stop but they have been in this building for awhile now. Before that this lot was busy with semi’s pulling in and out all day from the nearby highway. A tall poll on the property once held a small building where a man would monitor the yard and help truckers in and out of the parking lot via CB I imagine. Next to the building on the catwalk stood the muffler man. Locals guess he was put up sometime in the 70’s until finally coming down in 2004. Ledwell took the building off the poll and replaced it with a full size truck and then hauled the muffler man inside where their guys did a full restoration on him. I don’t think I’ve seen any other muffler man get a makeover like this one. They went all out and gave him pencils for his pocket, Bobcat safety glasses, work gloves, a new belt and a giant shovel to hold. They even made a chain saw for him but it now sits across the room on top of a wall. He also got a new paint job but you can still see the “International Fiberglass” stamp on his leg. The guys that work there are great and took the time to tell me a little about his history and upgrades.